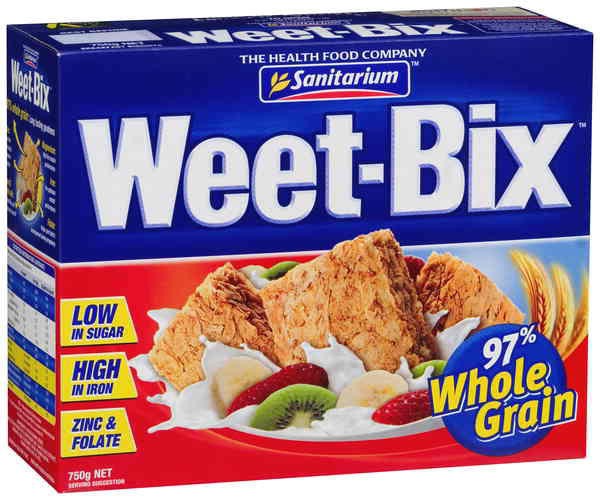 An iconic cereal born from the Seventh-day Adventist church’s health message is Australia’s favorite trademark for the 100 years that nation has been registering brand names.

“It’s a tremendous honor for Sanitarium Weet-Bix to be voted by the Australian public as ‘Australia’s Favorite Trademark’ amongst a group of truly great Australian brands,” said Kevin Jackson, Sanitarium chief executive. “It reflects the fact that people from all walks of life are proud to say they are a Weet-Bix kid at heart and this vote is a reflection of the affinity Weet-Bix shares with all Australians.”

According to Jackson, the 78-year-old Weet-Bix tradition has forged strong links with Australians: “History attributes Sanitarium Weet-Bix to changing Australian’s breakfast eating habits,” he said. The Seventh-day Adventist church has long promoted the consumption of healthy foods, and has started several businesses worldwide to promote plant-based diets. [See ANN, May 20, 2003.]

Jackson explained the recipe for making Sanitarium Weet-Bix from highly nourishing whole grain wheat flakes has changed little since 1928.  He said Australian’s love of Weet-Bix comes from its “mate-ship” brand nature—that it has always represented good value and good health for Aussies and as an Australian owned brand “it gets alongside the Aussie battler in time of need and supports our Australian wheat farmers.”

He added, “Weet-Bix [fed] our army troops during the Second World War and [have] fueled champions [such as] Sir Edmund Hillary in his historic climb of Mount Everest in 1953.”

“Whenever I have Weet-Bix, I am thinking of Australia,” says Rajmund Dabrowski, a long-time cereal consumer. Dabrowski was involved with the process of establishing in 1996 the Adventist Church’s corporate identity approach which involved branding the church’s name and establishing a logo. “All one can say is congratulations to Sanitarium Foods. Their product has become a household name. And Weet-Bix tastes great, too” he added.

Australian football legend and businessman George Gregan said of the number one selling cereal, “I think just about every Australian kid has grown up on Weet-Bix.  It’s certainly embedded in our culture and is instantly recognizable as a great Australian product.”

IP Australia’s Registrar of Trademarks, Ruth Mackay, says the process of determining Australia’s favorite brand was rigorous, and began with members of the business and industry community nominating 40 of Australia’s most prominent trademarks for consideration as the favorite: “The promotion has been a big success with widespread media coverage helping to generate a strong response to the online vote,” Mackay said.

“Importantly, the initiative has enabled us to show that trademarks are part of everyone’s day-to-day lives, and that they are important to Australia economically and socially,” she added. “Most significantly, more Australians now understand the importance of trademarks in protecting a company’s identity and brands.”

This isn’t the first time Weet-Bix made the headlines in 2006. The cereal was credited with helping Australian Socceroos midfielder Tim Cahill score two of his team’s three eleventh-hour goals during their June 12th World Cup match with Japan. A sponsorship deal between the Socceroos and Sanitarium ensures the cereal will be the official breakfast of the team, and Cahill, its face, over the next three years. [See ANN, June 19, 2006.]

Commencing operations in Melbourne in 1898, Sanitarium is one of Australia’s most trusted brands and has a reputation for producing quality health foods. Weet-Bix is Australia’s No. 1 selling breakfast cereal and So Good, is the leader in the soymilk category.