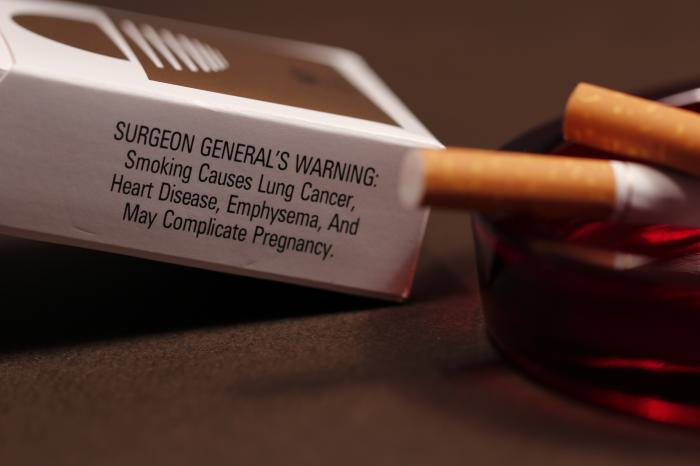 Current cigarette smokers have a higher risk of bladder cancer than previously reported, according to new research. The study also found that the proportion of bladder cancer due to smoking in women is now the same as for men—about 50%.

In 2011, nearly 70,000 people nationwide are expected to be diagnosed with bladder cancer, and almost 15,000 will die from the disease. Smoking tobacco is the most important known risk factor for bladder cancer.

Previous studies found that 20% to 30% of bladder cancer cases in women were caused by smoking. However, most of the earlier studies were conducted at times or in areas where smoking was much less common among women. The composition of cigarettes has also changed in the past few decades. While there have been reductions in tar and nicotine, the concentrations of other cancer-causing compounds have increased.

For the new study, Dr. Neal Freedman and colleagues at NIH’s National Cancer Institute (NCI) used data from over 450,000 participants in the NIH-AARP Diet and Health Study. This questionnaire-based study was initiated in 1995, with follow-up through the end of 2006. The results appeared in the August 17, 2011, issue of the Journal of the American Medical Association.

The researchers found a stronger association between smoking and bladder cancer in this study than previously reported. Former smokers were twice as likely to develop bladder cancer as those who never smoked, and current smokers were 4 times more likely. As with many other smoking-related cancers, smoking cessation was associated with reduced bladder cancer risk.

“Current smokers in our study had a fourfold excess risk of developing bladder cancer, compared to a threefold excess risk in previous studies, possibly due to changes in cigarette composition or smoking habits over the years,” Freedman says. “Incidence rates of bladder cancer in the United States have been relatively stable over the past 30 years, despite the fact that smoking rates have decreased overall. The higher risk, as compared to studies reported in the mid-to-late 1990s, may explain why bladder cancer rates haven’t declined.”

Even though smoking carries the same risk for men and women, men are still about 4 times more likely to be diagnosed with bladder cancer. The higher rates of bladder cancer persist in those who never smoked as well. These results, along with those from previous studies, suggest that differences in smoking rates explain only part of the higher incidence rates in American men. The researchers suggest that occupational exposures, as well as physiologic differences, may contribute to the gender disparity.